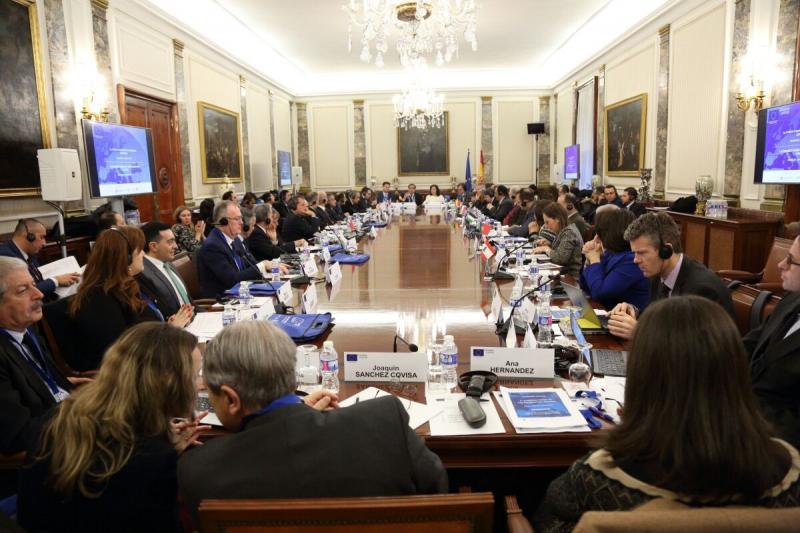 Prosecutors General from European (Belgium, Cyprus, France, Malta, Portugal and Spain) and Mediterranean countries (Algeria, Egypt, Israel, Jordan, Lebanon, Morocco, Palestine, and Tunisia) adopted a declaration aimed at improving their international judicial cooperation. The adoption of this first Declaration of collaboration in the two regions took place under the impetus of EuroMed Justice. As partners of EuroMed Justice, representatives from the major international and regional organizations and networks (including the President of Eurojust, EJN in criminal matters, the President of the CCPE at the Council of Europe, UN CTED, the Chief of the Terrorism Prevention Branch at UNODC, Europol, Interpol, and IAP) participated in the Forum and assisted in the drafting of the declaration.

“As Prosecutors General of our States and as defenders of the rights of citizens, we are obliged to improve our cooperation to better respond to transnational crimes,” said the State Prosecutor General of Spain.

“The creation of the EuroMed Forum of Prosecutors General is an excellent cross-regional platform to build trust, confidence, and mutual understanding at the highest levels. These are all crucial components of effective judicial cooperation in counter-terrorism,” said Anton du Plessis, Senior Legal Officer and Legal and Criminal Justice Coordinator with UN CTED.

The Director of the FIIAPP, Pedro Flores, emphasized that “EuroMed Justice is an excellent example of the relevance of this type of programmes in the field of European cooperation, of the commitment to horizontal relationships between peers, and of how we can jointly face our shared challenges.

In his speech, the Spanish Prosecutor General declared the EuroMed Forum of Prosecutors General to be a platform for dialogue, coordination, and consultation to increase mutual trust between the countries, and for promoting the participation of the Mediterranean countries in cross-border and regional judicial cooperation.

The next meeting of the EuroMed Forum of Prosecutors General is expected to take place in January 2019.

The Project is managed by a consortium led by the Fundación Internacional y para Iberoamérica de Administración y Políticas Publicas – FIIAPP (Spain) with its Partners from the Center for International Legal Cooperation – CILC (the Netherlands), the European Institute of Public Administration – EIPA (the Netherlands) and Justice Coopération Internationale – JCI (France).